Think You Can Live Off an All-Animal Diet for The Rest of Your Life? 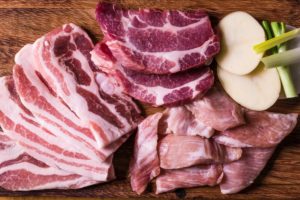 If you’re looking for a new diet trend to try and love anything with meat, this may be an option for you. On top of only being able to eat meat, you are restricted from all greens and carbs too – which goes against conventional wisdom about what a healthy diet consists of. So say goodbye to creamy pastas and green smoothies, and channel your inner caveman. The carnivore diet stems from the ideology that human ancestral diets mostly consisted of meat and fish and raw animal by-products. The claims that precede are that high-carb diets are a top cause of chronic diseases that plague our world. Public figures like Paul Saladino, Shawn Baker and Ben Patrick (aka knees over toes guy) rave about carnivorous dieting and continually promote its benefits on social media. Many of us get the appeal – but all those years of being told to eat your greens can’t have been wasteful?

What Can You Eat On The Carnivore Diet?

If the name hasn’t already spelled it out for you, I will. M-E-A-T. Simply put, you can eat all kinds of meat, poultry, fish and low-lactose dairy products. The reason for low lactose is owing to the fact that lactose is a sugar found in dairy products and it can add up to the amount of carbs consumed, which is a no-no since the Carnivore Diet aims for zero carbs. Popular diets like keto and Atkins focus on low-carb but don’t exclude carb intake, all in an effort to lower insulin levels and insulin resistance.

Dr Shawn Baker seems to only live on steaks and hamburger patties and little else, and still outperforms many of his counterparts on a fitness level. He, and many others, advocate nose to tail carnivory as animal flesh contains necessary nutrients and vitamins that we would otherwise be lacking. The Inuit people used to live on raw meat, accompanied by some fruit, and were considered some of the healthiest communities in the world – with no track of chronic or autoimmune diseases.

In addition to consuming tons of meat and organs, some dieters also include fruit. This is mainly due to the fact that fruits are generally lower in toxins and defence chemicals. Plants are known to have a solid biological armour and employ chemical warfare to protect themselves from predation through a number of ways. This includes mechanical protection on the plant’s exterior; fibres that reduce plant digestibility to animals; and phytotoxins that are posed to dissuade herbivores from eating it. It makes sense as to why, when consuming plant matter, some people experience bloating or digestive issues. Conversely, vegetables are still consumed worldwide in plant-based diets, and in general, for fibre intake to help bulk our waste for excretion.

Fruits, however, are some of the least toxic foods and are naturally sweet in flavour, begging the theory that they are meant to be eaten. Scientific theory also proposes that consumption of fruit actually helps fruiting plants to reproduce and disperse their seeds. This may not fit in with the traditional Carnivore Diet but this modification has proven to make it a little easier and more sensical to follow.

Is Red Meat Bad For You?

Red meat is meat that is red when raw. This includes beef, lamb and pork. Although humans have been eating it for eons, it’s still considered a controversial food. These days, not all red meat is created equal. Cattle used to roam free on grasslands and graze on vegetation and there were no monetary or other incentives to factory farm animals. Nowadays, it can be processed (smoked, cured and treated with nitrates, preservatives and various chemicals), like bacon or sausages. Then there’s conventional red meat where the cows are usually factory farmed – this is where the animals are confined indoors under strictly controlled conditions, for maximisation of profits. Last but not least, there’s grass-fed meat – this is simply where the cows are naturally fed and raised organically, without the use of drugs and hormones. 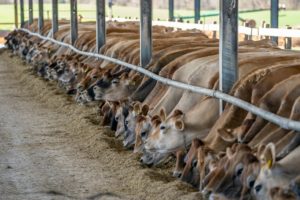 It’s important to understand that different kinds of meat vary in nutritional content. Red meat is rich in iron, zinc and B vitamins. Vitamins like B12 are only found in meat. It also provides us with nutrients like creatine and carnosine, which aid in muscle and brain function. Grass-fed beef also contains omega 3 fatty acids – great for heart health. In saying this, you still have to be careful where you get your red meat from as grain-fed beef typically has fewer key nutrients and is pumped with chemicals and antibiotics. Even grass-fed meat can be a gamble because the animals could’ve started out grass-fed and then switched to grain-fed for the latter half of their lives. Look out for the label on foods next time you shop for red meat.

According to nutritional science, there is no absolute yes or no answer to the question, “is red meat bad for you?“. Then why do people seem to rain on the red meat parade?! Well, as I mentioned before, not all red meat has the same health effects. Several studies have shown to link red meat with cardiovascular disease but the results fluctuate depending on the type of red meat (processed vs unprocessed). Some observational studies have arrived at conclusions that support an association between processed meat intake and early death, especially due to cardiovascular diseases.

Other observational studies show a greater risk of cancer associated with red meat consumption, but larger-scale studies show that the effect is inconsistent. An interesting caveat researchers found was that the way in which the meat was cooked could potentially lead to increased risks of cancer. Cooking meat at high temperatures can cause harmful carcinogenic compounds and can increase the risk of colorectal, pancreatic and prostate cancer. However, other studies have shown no association with the same risks.

On the other hand, there is no evidence to support that the same applies to unprocessed, grass-finished meat. And it’s important to remember that these studies have limitations as they only show linkages, and not direct effect. Correlation does not mean causation, so take what you will from these studies.

Does This Diet Work?

There is no scientific research to support the claim that all-animal dieting is a standalone cure for decreasing your risk of diseases and aiding weight loss. The supposed benefits of this lifestyle heavily rely on anecdotal evidence and tested advice from some physicians and nutritionists.

This wouldn’t be a fair case if I didn’t list the downsides too.

Ultimately, there isn’t a lot of substantial research for any hardcore claims to be made about this diet. For most people, it doesn’t seem like a long-term solution but may be a tool to aid in weight loss or any of the other listed benefits. If you’re planning on being antisocial, are willing to eliminate carbs and sugar and have access to lots of grass-fed meat – then by all means try it out! Though, eating a balanced diet with a variety of food may afford you long-standing health benefits.